GOALS: Growing and perfecting my business, skills, and music, while having as much fun as possible along the way!

BIO: I grew up on the pro rodeo circuit with both parents being professional rough stock riders. It gave me a unique perspective of the world and also the grit to pursue dreams that would seem unpractical to most. I began to compete in Jr. rodeos at the age of 8 and continued to compete until the age of 20. In high school motorcycles began to replace the rush I craved from rodeo. After graduating, I began to modify my own motorcycles after hours as I worked in various automotive shops. Soon my work began to gain attention which organically grew into a business.  In 2015 I founded Colt Wrangler Motorcycles and have been building and modifying motorcycles full time since 2016.  Because my mother was also a country music artist, I began to share the stage behind a drum set by the age of 12. I have been blessed to play with multiple bands of various genres, which exposed me to many different subcultures. I have been in the line up with bands ranging from Megadeath and Deftones to Kevin Fowler and Aaron Watson. Rodeo, music, and motorcycles have given me unique perspective on life that I wouldn’t trade for anything.

HOW DO ORANGE PISTIL’S PRODUCTS HELP YOU: Like most things that are fun, Rodeo, live music performances, and riding motorcycles can leave your body sore, hurt, and depleted. Orange Pistil’s products help me to live a healthier lifestyle so that I can continue to do the things that I love.

WHAT DO YOU LIKE ABOUT ORANGE PISTIL AS A COMPANY? I love that Orange Pistil is a grass roots company upholding family values that give a fresh and unique prospective on hemp products. 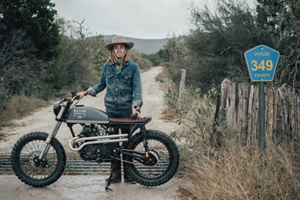 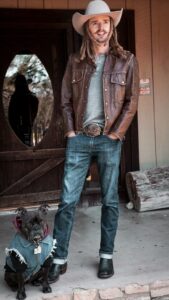 Check out all of our CBD products